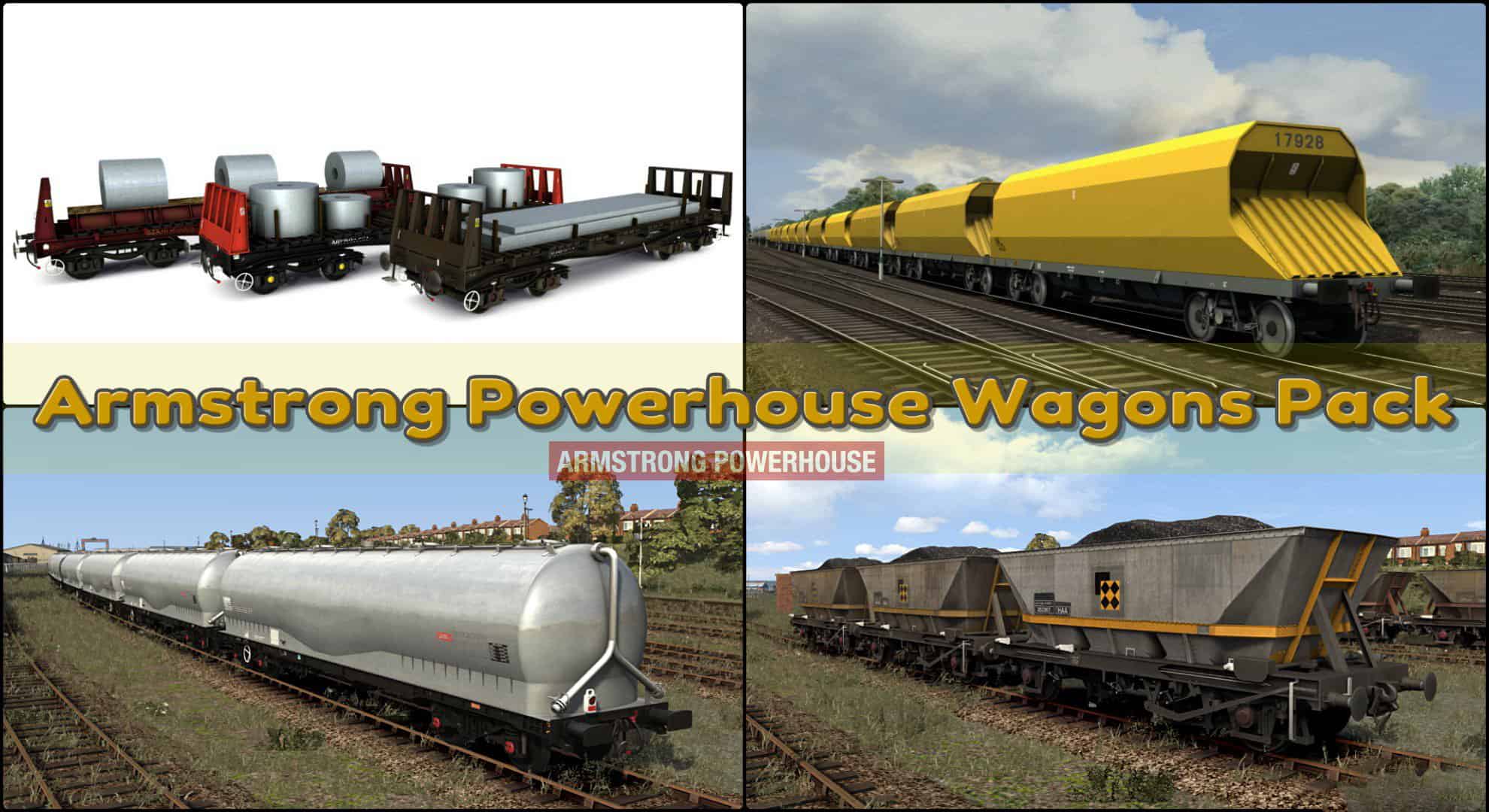 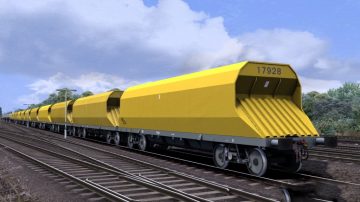 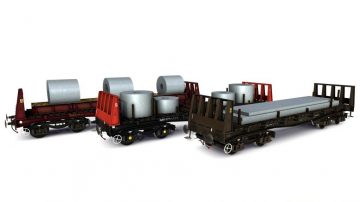 Armstrong Powerhouse presents the BAA/BZA wagon pack. Built in the mid 1970s, these wagons have been the staple of transporting steel throughout the UK for over 30 years and can still be seen in revenue-earning to this day. This pack sets a new standard in quality and includes highly detailed representations of these two wagons. It features:

Detailed models of the BAA & BZA wagons – 3 liveries (Maroon/Railfreight/Un-branded)
Weathered variants of the Maroon & Railfreight BAAs
Coil & ingot loads for the BAA. Coil load for the BZA.
Prototypical sounds
ActivWagon scripting which means a flashing tail lamp will automatically be shown on the rear. The ActivWagon™ scripting used in the flashing tail lamp is copyright Just Trains Ltd and is used with their permission under licence.

The HAA wagon formed the backbone of coal transportation in Great Britain from the 1970s to 2000s and is represented here in high detail, along with HBA, HCA, HDA, HFA, HMA & HNA variants. ‘MGR’ stands for the ‘merry-go-round’ workings these wagons could often be found on.
Please see below for exactly what this pack features:
3 liveries (see screenshots to the left for details)
HAA & HDA standard variants
HBA, HCA, HFA & HNA variants with canopy
HMA & HNA variants with brake modification on bufferbeam
Weathered variants
Empty/loaded versions with realistic physics
Prototypical sounds as featured in our Wagon (4 Wheel) Sound Pack
Flashing tail lamp
1 realistic scenario for the DTG South Wales Coastal: Bristol to Swansea route