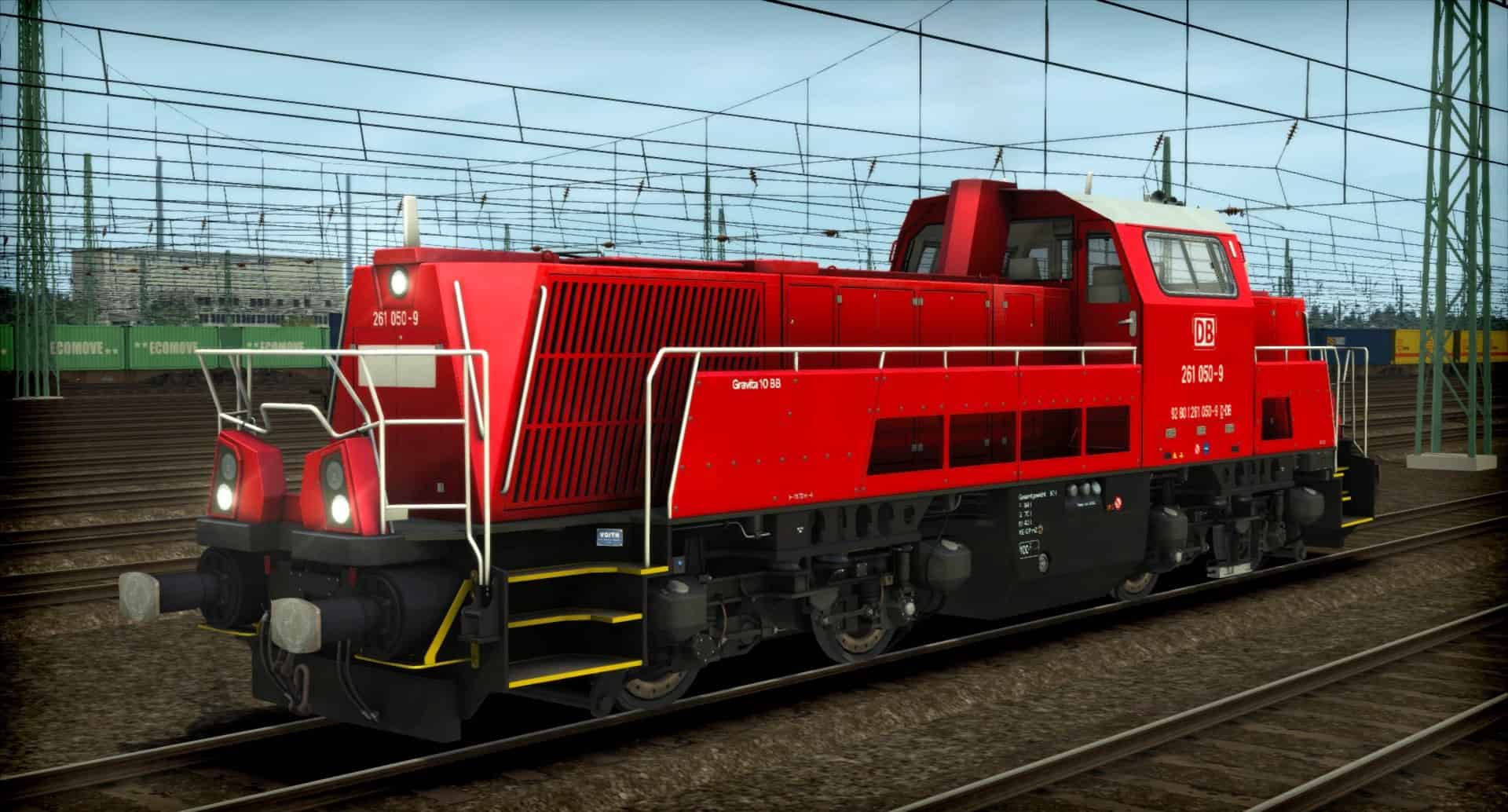 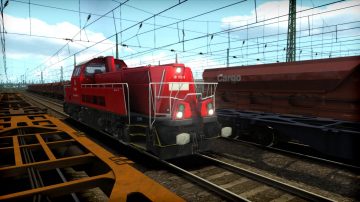 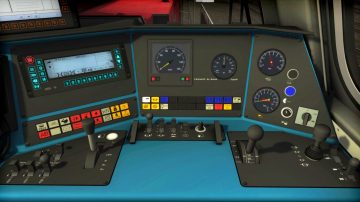 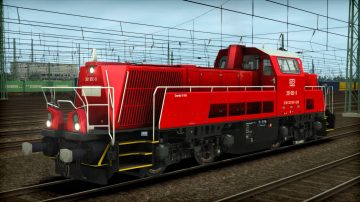 One of the most eagerly awaited German locomotives for Train Simulator, the DB BR 261 ‘Voith Gravita’ is now available in distinctive Deutsche Bahn livery.

The DB BR 261 10BB built by Voith, and named internally as the ‘Gravita’, is a diesel-hydraulic shunting freight locomotive able to operate over medium capacity main line freight routes.

Chosen to replace the ageing fleet of BR 290 series of diesel shunting locomotives, the Gravita is state-of-the-art and boasts a main-line capable cab setup.
Its sister vehicle, the BR 261, is virtually identical with only a diesel particulate filter between them.

The locomotive is also Quick Drive compatible, giving you the freedom to drive the DB BR 261 ‘Voith Gravita’ on any Quick Drive enabled route for Train Simulator, such as those available through Steam. Also included are scenarios specifically for the Mannheim-Karlsruhe route (available separately and required to play these scenarios).
Scenarios

Three scenarios for the Mannheim-Karlsruhe route:

Cold Evening in Karlsruhe
Top of the Morning
The Great Marshall