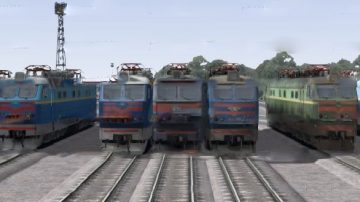 Next VERSION!
1. Bake 3D glass textures!
2. Installation of lighting on the control panel in the cabin.
3. Corrections of the script for ALNS and file config flaws!