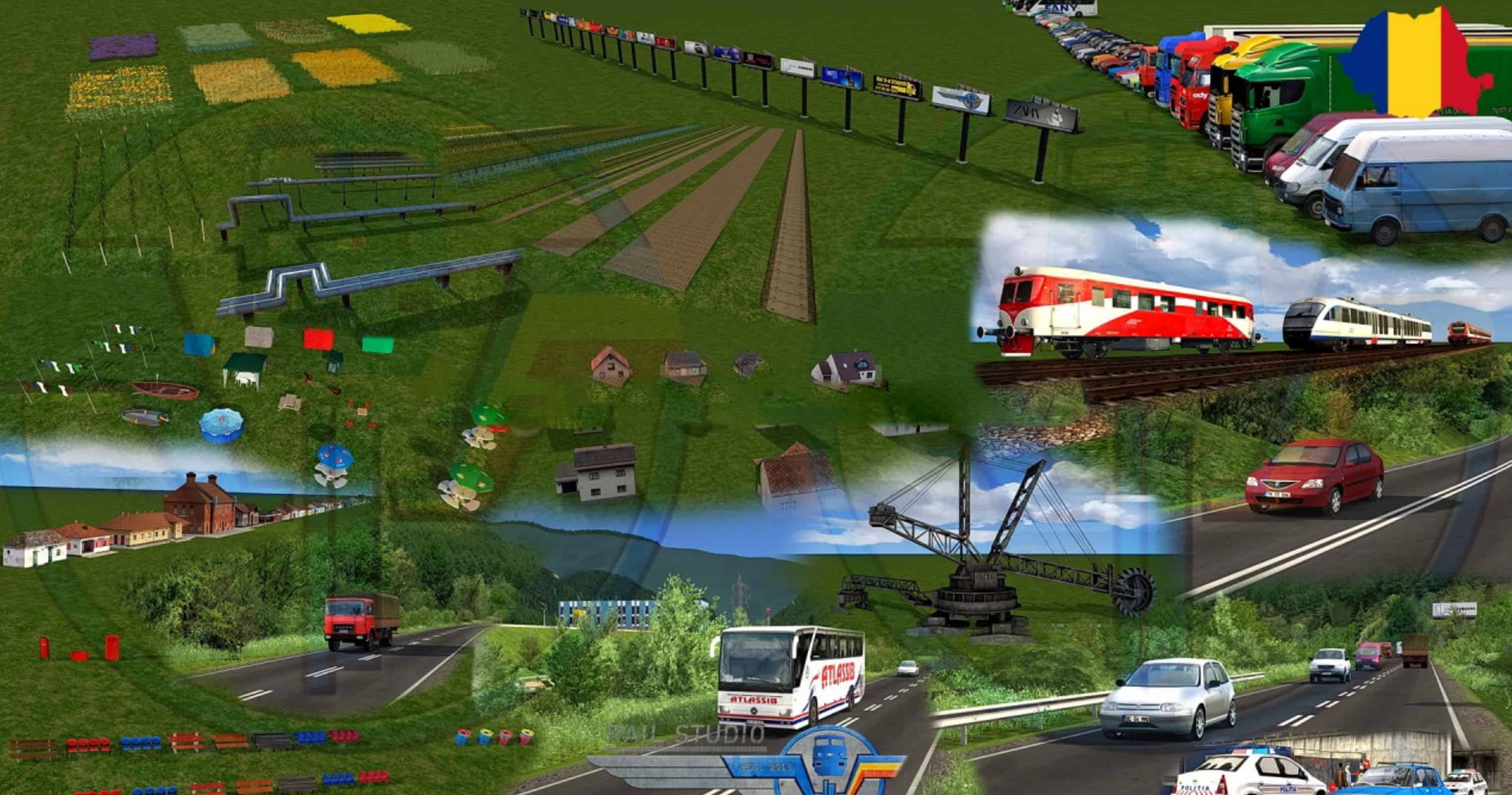 Romanian Assets Pack – includes everything you need to build a route from beginning to end. Starting from scenery objects such as houses, cars, vegetation, industry, roads, paths… ending with infrastructure elements, for example: rails, bridges, scenery wagons, scenery locomotives and many more.