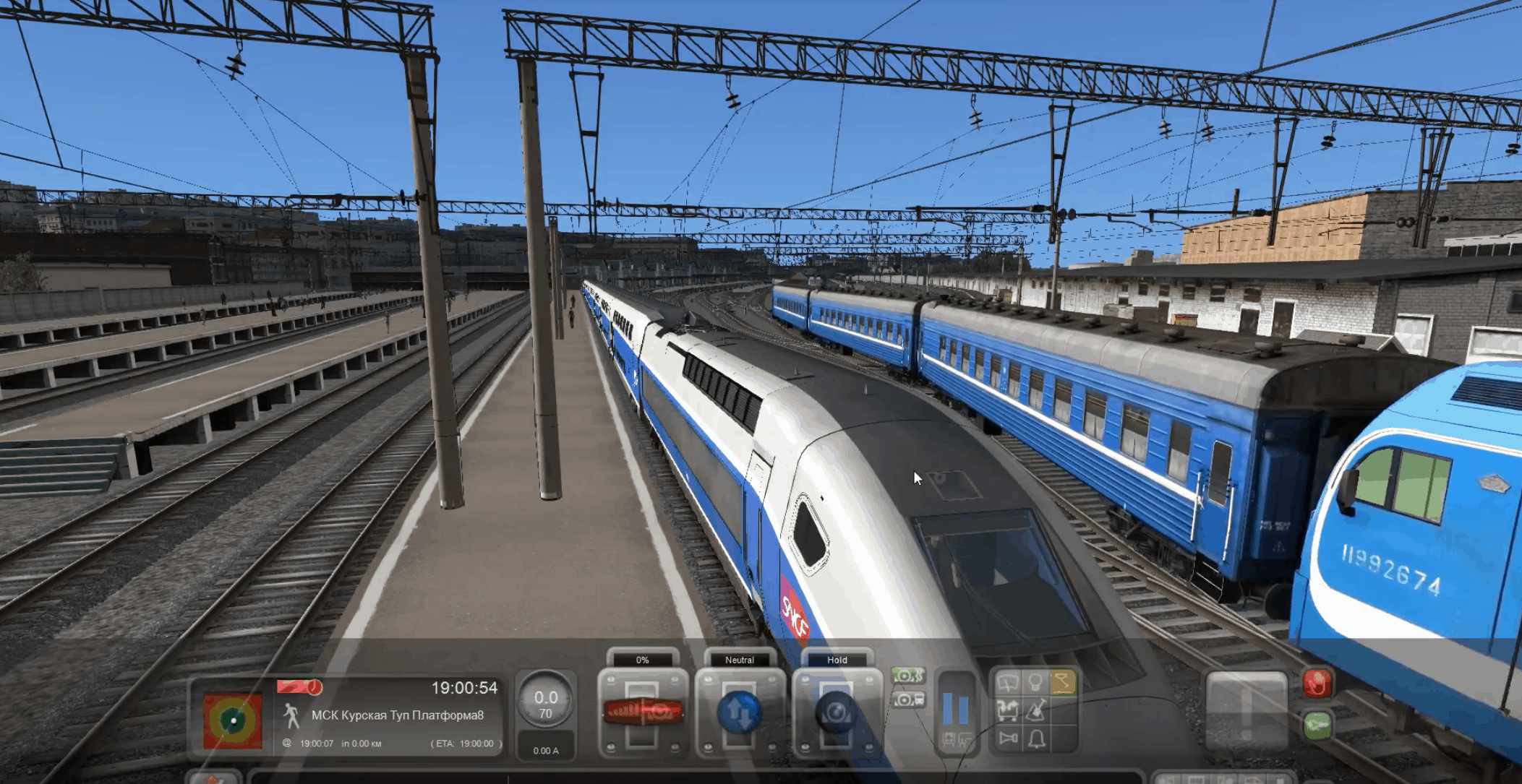 The Route Moscow – Vladimir (Москва-Владимир) have 190 km in length, is assembled exclusively on Google maps using a real terrain profile, but without the use of various technical documentation, except for the development of track facilities of stations (sometimes it was necessary to watch, because it is not always clear what and how on the map ), the contact network is assembled according to a simplified version, the alarm system is located with overestimated distances between traffic lights, the speed over distances and stations is overestimated, all the rash content that is on this particular mome nt time with dilution of German, English and French materials, as a result of which this card can be considered a highly conditional real